Now, in just a few clicks any water problem can be reported and quickly addressed by the Yarra Valley Water customer service team.

Maintaining more than 20,000km of water and sewage mains over an area stretching 4000 square kilometres from Wallan in the north to Warburton in the east, Yarra Valley Water’s ability to address problems speedily is a high priority.

Bridie Fennessy, Divisional Manager Service Response for Yarra Valley Water, believes the partnership with Snap Send Solve has resulted in the water authority offering a better service to its customers and the community.

“Snap Send Solve offers flexibility. It is nimble, responsive, and speedy and has been customised to suit our requirements,” Ms Fennessy said.

“One of the advantages of Snap Send Solve is that reports can be triaged. If a report is not relevant to us, it can be forwarded immediately to the relevant council or other authority.

“Additionally, we see great opportunity for our staff to use the app as a channel to make internal reports when they see faults out and about in the community, saving time and ensuring we continue to improve service to customers.”

Based on experience so far, Ms Fennessy believes that the public will still make phone calls for major issues and leaks.

“But overall Snap Send Solve has had a major role in allowing both our customers and our staff to use their time more effectively when letting us know there are problems with services,” she said

Snap Send Solve CEO, Danny Gorog, said that Yarra Valley Water’s use of the service was an “outstanding example” of why the service is now assisting more than 600 councils, shires, water, supermarkets and telecommunications authorities.

Since 2010, almost two million reports have been made through Snap Send Solve by members of the community across Australia and New Zealand, with reports growing by more than 200,000 per year, he said.

Mr Gorog said Snap Send Solve is popular and effective because it is simple.

“Instead of trying to find out who is responsible for handling an issue and then attempting to contact them, simply use the free app to photograph the problem and Snap Send Solve will automatically send the report to the responsible authority,” he said.

“Snap Send Solve empowers everyone with a phone to be the eyes and ears of their community,” he said. 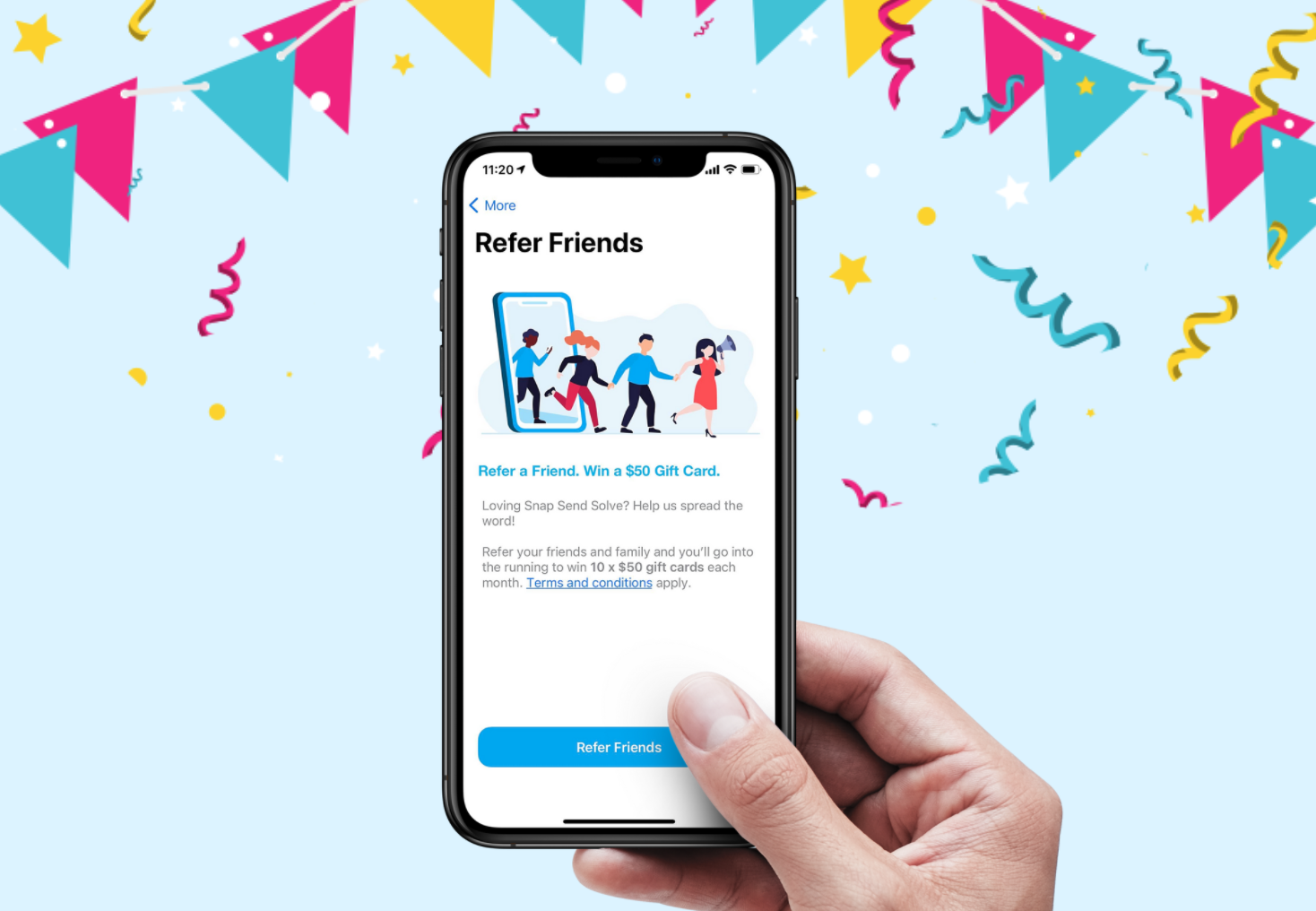